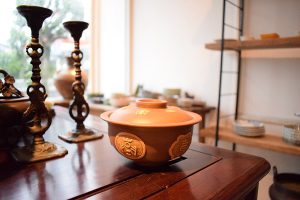 Hello everyone, this is Staff Y.

Yesterday was the total lunar eclipse of Super Moon for the first time in 24 years. Were you able to observe in your area? I envy everyone in the area where I could observe. In Nagoya City, Aichi Prefecture, where the antique art Fukosha Nagoya store is located, the sky is cloudy from daytime, and I have a feeling that expectations are low from the morning. Sure enough, it was difficult to observe the total lunar eclipse.

Whatever the situation, what kind of memories did you have with this total lunar eclipse? This time, I had a disappointing memory such as “It was a LIVE broadcast at that time. I wanted to see it with the naked eye …”, but unfortunately “Where are you looking at the lunar eclipse 12 years later?” I also think that it is good to think about the next total lunar eclipse.

However, even through the LIVE broadcast, I was very impressed by the fact that the shadowing moon overlapped with the earth and the moon appeared red. At the moment when it changed to red body color, I was attracted to the aesthetic color for a while, and the earth was moving, I was standing on the earth, I mean, just standing on the star I felt like a star prince looking at the other star from there. 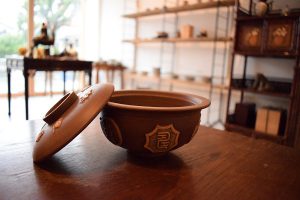 By the way, how did people in the past see this kind of celestial phenomenon?

There are many articles about lunar eclipses that occurred from the end of the Heian period to the beginning of the Kamakura period in the diary “Tamaha” by Kanezane Kujo and the history book “Azuma Kagami” in the Kamakura period. After all, people at that time seemed to think of the lunar eclipse as “a sign that something bad happened.” For people in an era who have no knowledge of celestial bodies, the moon suddenly begins to disappear and becomes reddish, which is certainly an illusion that the world is over.

Therefore, Kanezane Kujo actually uses the “one-character gold ring method” and the “Aizen Ou method” (a type of esoteric Buddhist practice, like a sutra to stop something bad from happening to a person) during a lunar eclipse. He chanted earnestly and said he didn’t see the moon.

In addition, Minamoto no Yoritomo, the first shogun of the Kamakura Shogunate, sometimes stayed at the Gokenin’s house because of a lunar eclipse. It seems that this was to avoid the light of the lunar eclipse.

That being said, in “Tamaha” and “Azuma Kagami,” “lunar eclipse” is referred to as “lunar eclipse.” Whereas “food” simply means eating things, “eclipse” means eroding, that is, gradually changing from the edge. From this notation, it can be seen that people did not regard the lunar eclipse as a good one.

For those of you who used to think of such a detestable phenomenon as “lunar eclipse,” you would be surprised that the time will come when people will wait like a celestial show and see a total lunar eclipse. Right. It seems that many people at that time made unfortunate comments such as “I would have seen it if I knew the knowledge of celestial bodies …”.

However, there was always an outlaw in those days. Saigyo, a poet at the end of the Heian period. Saigyo has a song about the total lunar eclipse.

“It’s said to be abominable, it doesn’t hit the shadow, it’s broken tonight, and I see the moon.

It seems that many people are organizing important items as their lifestyle changes.

Here at Fukosha, in addition to antiques and antiques, we also purchase paintings, jewelry, hobby items, and other genres.

Please feel free to contact us even if you have been tidied up and are wondering if this kind of thing is okay.

We will make business trips not only to Aichi prefecture but also to Gifu prefecture, Mie prefecture and other prefectures.

No matter how close you are, we are looking forward to your call.