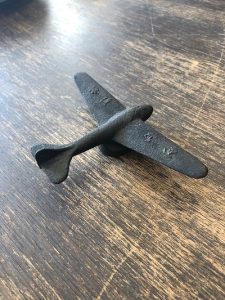 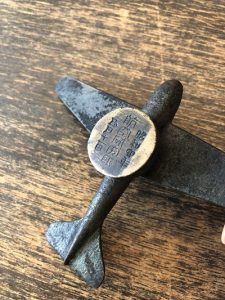 Hello everyone, this is Staff Y.

The recent series of typhoons has made me really restless, but as each typhoon passes by, the mornings and evenings have become much cooler and easier to spend time in.

As the sun sets earlier and later, the sound of crickets chirping quietly outside soothes my soul, and I think back to a time when it was so easy to spend time here.

The other day, I opened the window and listened to the moon peeking through the curtains and the cool sound of insects as I melted into my futon and fell asleep before I knew it. I smiled to myself and said to myself, “This is like using time in the Heian period, isn’t it?

The other day, an international research team from Tohoku University, the National Aeronautics and Space Administration (NASA), and other organizations announced that they found “ancient water” in liquid form about 4.6 billion years ago in samples from the asteroid Ryuguu, which was brought back to earth by the Japanese probe Hayabusa2. I don’t know the details, but I have been reading the news reports about the discovery of “ancient water” in a liquid state in a sample of asteroid Liugou 4.6 billion years ago.

I do not know the details, but I have been wondering about the results of the research on the souvenir brought back from the asteroid Ryuguu, and have been eagerly waiting for some surprising discovery.

The analysis so far has detected traces of water, not liquid, and although liquid water has been found in meteorites found on Earth, this is the first time in the world that liquid water has been found in materials collected in space. The sample is composed of carbonic acid water mixed with salts and organic matter, and based on the shape of the sample surface, it is thought that an environment similar to the Earth’s oceans existed in the subsurface interior of the celestial body from which Ryuguu originated.

According to the team leader, Professor Tomoki Nakamura of Tohoku University’s Graduate School of Science (Department of Earth Sciences), “The confirmed water contains salt and organic matter, and we have found evidence directly related to the origin of the Earth’s oceans and organic matter. In addition, while traces of the original Ryuguu object formed outside the solar system were found in the sample, particles formed in an environment of more than 1,000°C near the sun were also discovered. This suggests that particles that once formed near the Sun traveled far out into the outer solar system and mixed with other materials on a large scale, giving birth to the celestial body from which the Ryuguu was formed.

Furthermore, the study found evidence to explain the history of the Ryuguu, such as its subsequent movement to its current position between the Earth and Mars, and its breakup after colliding with another celestial body, so where exactly did the Ryuguu travel?

Does this mean that water does not exist only on the Earth? I am a small citizen who has high expectations for HAYABUSA2, the asteroid Ryuguu, and the researchers.

Ryuguu is a small planet that carries not only the mystery of the birth of life but also a lot of information about the universe. It is just a coincidence that this asteroid, which was initially named Ryuguu, actually had traces of water on it, but is it just me or does it seem like a dreamy coincidence?

Tonight, while thinking about Ryuguu, I would like to enjoy the long autumn nights while looking up at the night sky, wondering if there is a water-filled star somewhere.

Have a good day.